In setting up our project, we had to use a whole host of modern technologies and solve some complex engineering problems. Before starting to design the robots, we had often wondered why no one in the world had created anything similar. After all, it’s a pretty obvious idea. It was only when the first problems arose that we realized it was not that simple. The main difficulty was the latency of the video signal and control commands when they were transmitted over the Internet. We tried out dozens of cameras and different protocols; we spent many weeks fine-tuning servers and testing browsers before finding our solution. We use Wi-Fi as our control channel. We have also allowed for the possibility of controlling the robots via a radio channel on frequencies from 433 MHz to 5 GHz, if the arena requires it. The heart of our robot is the Linux OS on a Raspberry Pi mini computer. The robots are equipped with dozens of sensors enabling them to interact with each other and with elements of the arena. We use different spectrum optical sensors, accelerometers, orientation sensors, LEDs, lasers, NFC and much more. 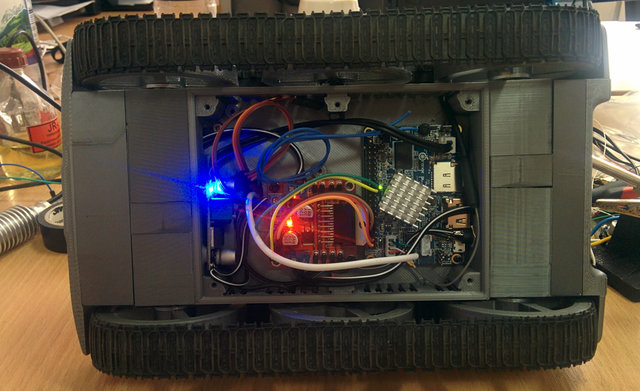 We would like to make particular mention of the power supply system used by the robots. We have assembled powerful accumulator batteries from parts used in Tesla electric cars, allowing our robots to keep moving for 12 hours without recharging. We use modern motors powerful enough for the robot to move almost vertically. Our robots are fitted with a camera with 1280x720 resolution. We have designed a flip-over system so that, if a robot accidentally overturns, the player can get it upright again without help from the game admin. Our robots have been developed entirely by our own efforts. We created the external design ourselves, and made the bodies using 3D printing and casting. It should be mentioned that we are not dependent on particular component suppliers, as every part is interchangeable (made by multiple manufacturers). 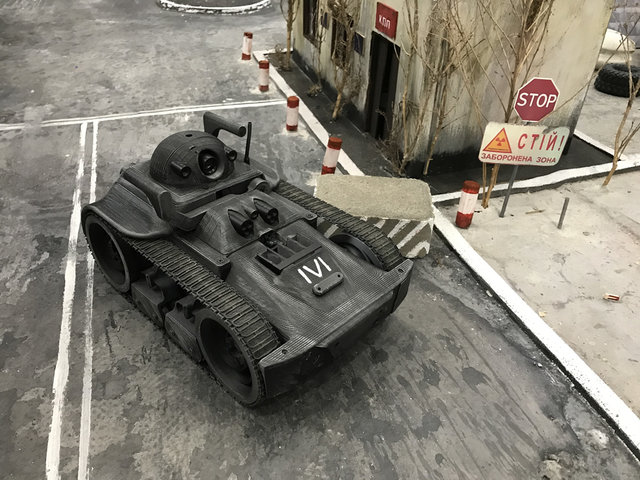